Save the Castle Rock Prairie Dogs

A billion dollar real-estate developer with a Castle Rock, Colorado town council in its back pocket and a plan for one million square feet of retail space that nobody wants and nobody needs.

Visit SavetheCastleRockPrairieDogs.org to learn what you can do…

[Brian] Ertz had grown up in Boise, and as a teenager his backyard was the wilderness of southern Idaho and northern Nevada, the vast Great Basin steppe that ecologists have come to call the sagebrush sea. . .

Ertz explained why the sage steppe was called a sea. “Because in the spring the new shoots on the sage, iridescent, light, and soft, bow in the wind and what that creates on the landscape is an evocation of the wind on the sea. And when the wind blows at dusk after the rain, there’s the sweetest smell.”. .

Read the Article in Harper’s Magazine 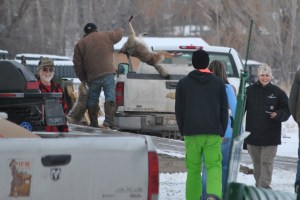 “The objective,” said Ertz, “is to be very much in their face, to let them know we’re out here on patrol, looking for violations of federal law. We want to project the image that we could be anywhere, everywhere.”

A related objective was to stand in open defiance of what Ertz described as “a culture of death.” …

Read the article in VICE Magazine

“Our bearing witness and documenting apparently had a significant impact,” said Stephany Seay, media coordinator for Buffalo Field Campaign. “We shamed them into hiding what they had professed to be so proud of.”

Read the article in Boise Weekly

Howl From the Grand Canyon: 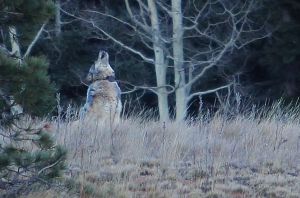 KAIBAB PLATEAU, Arizona—On a recent evening not long after dusk, Natalie Ertz stood in a meadow near the Grand Canyon’s north rim and howled like a wolf.

There was a good reason for the howl.

Ertz, the executive director of a nonprofit group called Wildlands Defense, was hoping to catch a glimpse of an animal that has been notoriously elusive here in recent days. . .

Read the article in the National Geographic 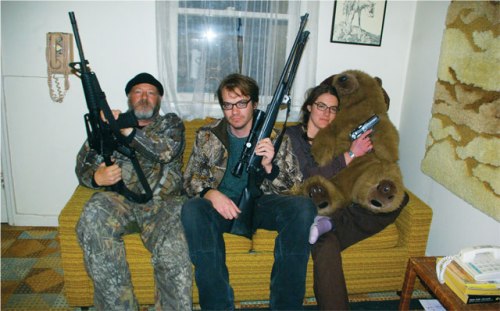 When WildLands Defense founders Natalie Ertz and Brian Ertz learned that central Idaho anti-wolf organizers were holding an event that included cash prizes for the most wolves and coyotes slaughtered over the course of a weekend, including award categories for children participants as young as 10 years-old, they knew something needed to be done to draw attention to the event:

“The best way to fatally wound a wolf without killing it instantly is to shoot it in the gut, preferably with armor-piercing ammunition. Unlike soft lead-tipped bullets, which mushroom inside the body cavity and kill quickly, heavy-jacketed AP ammo pierces the target and blows out the other side. . .”

Read: How To Kill A Wolf – VICE Magazine

Wild Wolves inspire …The Big Lost is Hurdy Gurdy Girls latest original track.  It was named not only for the big wild watershed over yonder, but also for a state of mind.  It’s about being a wild woman (animal) trying to find a place in this world – it’s about struggle and hardship…’one foot always slipping over the edge….its so damn hard to walk that line’ but its also about hope ‘I’m going to find my way home…’and about refusing to be tamed‘ you can set your traps & you can set your snares, but you can’t catch me, no this soul was meant to roam free.’ – that last line was written the day we recorded, last Saturday.  I had the grand canyon wolf in mind – they set out up to 18 traps and said they found her tracks and signs all around the traps but she never stepped in…

Founders of WildLands Defense in The American Prospect

B-412 was also targeted with the same control order, but she was able to escape, on Bell Mountain, where she ended up with a gray male. They had pups together and soon had formed the Bell Mountain pack, which [Natalie] Ertz had watched in the summertime among the cottonwoods and aspens on the Little Wood River. The pack liked the cool, the shade, the green light of the trees. They would get in the water and roll around and relax. . .

Read: Wolves to the Slaughter – The American Prospect