Public lands ranching is the most ubiquitous use of public lands in the country, occurring on over 250,000,000 acres of land, an area roughly the size of the states of California and Texas combined.

Whether you’re a public lands advocate, a wolf supporter, a bighorn sheep enthusiast, an angler or hunter, a Yellowstone buffalo activist, a recreationist or in any way interested in public lands – the wholesale abuse of a quarter billion acres of your public land affects you.

Permit and lease renewal of grazing permits may not seem like the sexiest issue, but it’s where the rubber hits the road on a myriad of habitat and wildlife conservation issues. Public lands ranching is the source of habitat and wildlife conflict and every ten years the administrative permit/lease renewal process is one of a few opportunities the public and advocacy groups like WildLands Defense has a voice, and often actionable hook, to weigh in on management in favor of wolves, bighorns, fish, buffalo, pygmy rabbits, mountain springs and streams, etc. etc. etc. and where federal land managers are legally obliged to listen and consider the public’s concern.

The conditions of public lands on the ground are disastrous across the West.

Researchers have suggested livestock grazing is “the most severe and insidious of the impacts on the rangeland” and that grazing is the “most insidious and pervasive threat to biodiversity on rangelands.”3 Wildlife and species populations have declined as direct conflict with livestock and shared habitats sustain a myriad of ongoing impacts from public lands ranching.  Direct impacts associated with livestock includes the widespread pollution of water,4the removal of vegetation – i.e. direct competition with wildlife for food,5 the alteration of complex habitat structures and composition including the most significant contributor to desertification of the western landscape,6 the physical impairment of stream-bank (riparian) habitats7 that a majority of wildlife depend on for survival in the semi-arid and arid west, soil disturbances which allow for displacement of native vegetation with exotic weeds,8 the introduction and continued exposure of disease and a host of additional direct impacts. 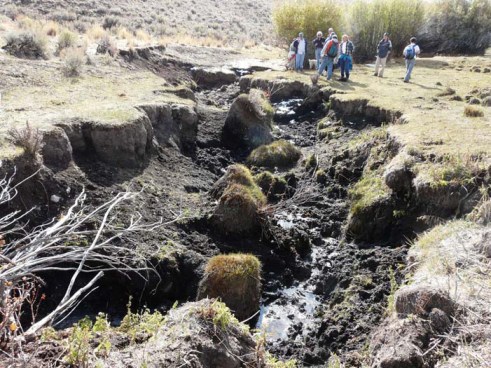 Mismanagement of public lands ranching has resulted in the diminished quality and quantity of water originating from mountain springs and streams, many of which once ran clear and clean enough to drink from directly, a western American pastime.  On several public land allotments in Wyoming, the Bighorn National Forest conducted water quality testing on streams running through permitted allotments and found levels of E coli so high that the water was unsafe to touch with exposed skin, let alone drink from as is the intent of state standards promulgated by Congress as established by the Clean Water Act.  In 2010, the Journal of Water and Health published the results of an independent study that was conducted in the Sierra Nevada Mountains of California, a chief source of drinking water for over 40 million American citizens.9 Researchers found livestock grazing on public lands to be the primary source of fecal coliform and E. coli contamination of drinking water.  In addition, researchers found that livestock may be depositing enough Giardia-transmitting protozoa to infect the entire city of Los Angeles each day.  The Forest Service refuses to appropriately respond by reducing livestock impact to California’s drinking water supply.

On a vast majority of waters originating on public lands grazed by livestock, agencies refuse to test, let alone adequately consider water quality impacts in their environmental reviews of permit.

In addition, livestock grazing infrastructure, commonly bought and paid for by the American tax-payer, has quite literally tamed the once wild West.  Hundreds of thousands of miles of fencing on public lands have obstructed natural wildlife movement and migration, and water developments built to facilitate livestock use of public lands have dewatered springs, seeps, and streams which serve as critical habitats for a variety of wildlife across the West.

In administering public land ranching, agencies have subjected public lands to widespread habitat alteration projects.  One example took place on public lands just outside of Yellowstone National Park, a renowned public landscape celebrated by a majority of Americans for its wildlife attraction and breathtaking beauty.

On one grazed public landscape near the Antelope Basin/Elk Lake area of Madison Valley over 50 square miles of open, mountain sagebrush grassland habitat was subject to aggressive habitat manipulation, managers prescribed herbicide eradication of sagebrush and forbs, multiple prescribed burnings, and other impacts significantly diminishing wildlife habitat to provide more forage for livestock use of the public land.  This type habitat manipulation to maintain and increase livestock use has occurred, and continues to occur, on millions of acres of western public lands that once teemed with wildlife and championed other recreational opportunities impaired by livestock that the Department of Interior recently found contribute an order of magnitude greater economic value to local economies than public lands ranching.10 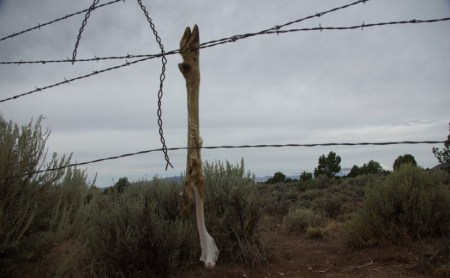 As a direct consequence of agencies’ continued prioritization of livestock use on public lands and the widespread failure of management to make “significant progress” toward improving public lands habitat conditions on the ground on a significant number of permits throughout the west, species endangerment continues to escalate at an alarming rate.  Livestock grazing is a contributing factor to more than 175 threatened and endangered species,11 twenty one percent of imperiled species considered for listing on the Endangered Species Act, an amount roughly equal to logging and mining combined.12

Federal agencies have been unable or unwilling to adequately respond by reducing the duration of livestock use or the number of livestock permitted in order to curtail impact.13  Political pressure ensures that livestock is always the unchanged factor in management decisions and managers spend reams of bureaucratic resources and time justifying status quo levels of use despite the conspicuous impact on the ground.  As habitat continues to diminish, species continue to decline and the administrative burden in response to clear Congressional intent to prevent species extinction, make significant progress toward habitat improvement, and protect environmental values continues to mount. 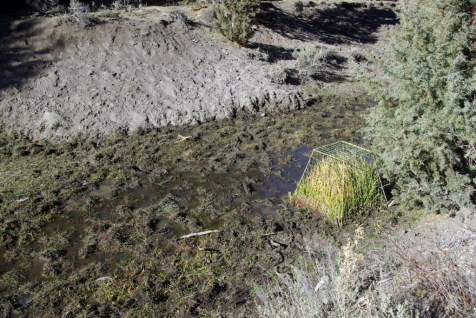 Conclusion: Public Land Grazing Is a Revocable Privilege.  It’s Time To Revoke the Privilege Where Wildland and Wildlife Values Are Irretrievably Offended.

Grazing permits are a privilege, not a right. They can be withdrawn at any time. This was the intent of the Taylor Grazing Act (43 U.S.C. § 315b), has been articulated in agency regulations (e.g. 36 C.F.R. 222.3(b)), and upheld by the Supreme Court as recently as 2000.14 The stability of a livestock operation comes from the operators’ conformance with the applicable laws and regulations; if a grazing operation is in compliance with management parameters, the permit will be renewed. Current grazing operations have priority to renew on the allotment, and in many cases, multiple generations of the same family have held onto the same allotment. We know of very, very few cases where grazing privileges have been revoked, and those instances involved long-term trespass or other legal violations.

Public lands ranchers are tenants. Public lands belong to all Americans. If you irretrievably trashed your landlord’s rental time and time again would you be entitled to a renewal of lease as a matter of course ? No.

It’s time to make the irretrievable destruction of wildlife communities and other environmental values immediate cause for agencies’ revocation of permit. 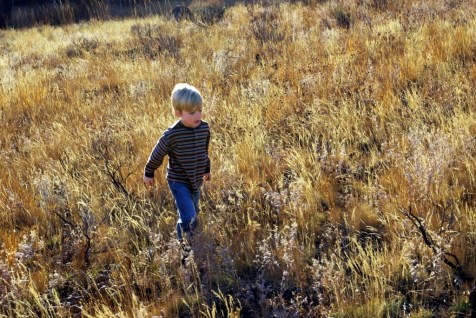 Member of WildLands Defense enjoying the public grasses made available to wildlife on the too few western public lands spared the impact of public lands ranching (photo: Brian Ertz)