The upper of 2 band aid NRST exclosures in Rat Fink watershed has resulted (predictably) in extensive cow trailing along the fence. This has already caused gullying two feet deeper in one site where the fence crosses a cow battered small tributary.

The headwaters get pommeled by livestock grazing in spring or early summer. Although there is some veg regrowth since the cows were removed, the trampling damage is very extensive and seriously degrading the watershed.

It is destroying the ability to sustain surface water flows here. Every inch of the wetted sites have been deeply hoof picked by cows. 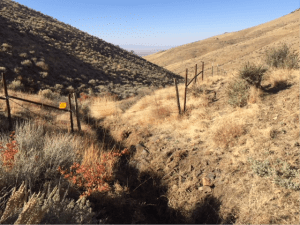 Gullying due to new fence. 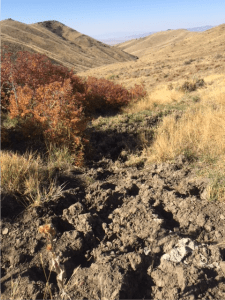 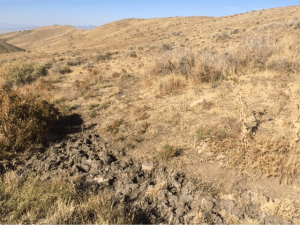